First off, Puducherry, popularly called as India's Little France is not an Indian state but a Union Territory of India. Puducherry being a Union Territory settles directly under the federal authority of the Indian political system. Nevertheless, just like Delhi, Puducherry is also qualified for a special sanction which is operating under the law determining the fundamental political principles of the government of India. Thus, Puducherry has its own people powered legislative assembly and a cabinet of ministers, thereby bearing partial statehood. 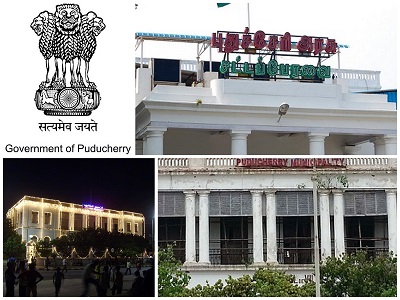 The administrative power of Central Government is represented and implemented by the Lieutenant Governor who domiciles at the famous Raj Nivas, also known as Le Palais du Gouverneur (former castle of the French governor) at the Park. The government at the centre is extensively involved with Puducherry's economic system and financial welfare. Accordingly, Puducherry is fortunate to have received lower taxations, especially in the indirect class at various times.

The official name Puducherry literally means ‘New town’ or ‘New seaside habitation’ in the local language of Tamil. During the year 2006, the historic name of Pondicherry was changed as Puducherry. As per the 1956 Treaty between the Republic of France and India building cession by the France to the Indian Union of the French administrations in India, the four dominions of erstwhile French India territorial governance is allowed to constitute constabularies with reference to specific affairs. In a lot of instances, such lawmaking may demand confirmation from the federal government (government in the centre) or the acquiescence of the President of India.

Article II of the 1956 Treaty between the Republic of France and India, says

"The Establishments will keep the benefit of the special administrative status which was in force prior to 1 November 1954. Any constitutional changes in this status which may be made subsequently shall be made after ascertaining the wishes of the people."

Originally, municipal governance was just about the centre point of the entire administration system in the union territory. It featured a lot of rooms, which can be advantageous for organized governance. Puducherry comprised of four municipalities in the past times, that is to say, Pondicherry, Karaikal, Mahe and Yanam. As a matter of fact, the municipal elections played a crucial role in determining the ceding of the French colonies to India. During the year 1954, the French occupied regions of India were integrated with the Fedral Union of India.

The 1st of July 1963 marks a landmark day in the history of Puducherry as the local administration department was officially constituted. The newly formed local administration department of Puducherry was assigned to administer all affairs affiliated with local governance at the secretariate degree. Accordingly, the inspectorate of Municipal councils and Local Boards were constituted in 1967, to practice command over the municipalities.

Furthermore, a good deal of the abilities bestowed on the municipalities by the assorted French constabularies stopped to have any positive consequence as these polices had been substituted by Indian jurisprudences. As an outcome, the municipal governance as conceptualized in the 19th century got completely wore away for the good! Therefore, the arrangement was substituted by the 1973 Pondicherry Municipalities Act and Pondicherry Village and Commune Panchayat Act to regularize local governance where both the acts came into effect from 26 January 1974.

Present Scenario of Administration in Puducherry

All the five municipalities and the five commune panchayats located in the Union Territory of Puducherry are operating under the administrative hold of the local administration department.