Puducherry, fondly called as Puduvai by the local Tamil people, features a distinguished ancientness. Originated as a tiny fishing village situated on the Bay of Bengal, in the south east seacoast of the country, Puducherry was a significant place for vedic teaching and learning. 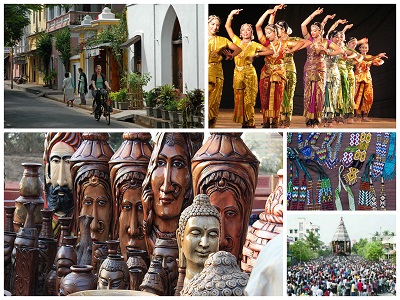 Furthermore, Puducherry was the home of the Agastya (Agathiyar), one among the Saptarshis who are glorified at a lot of places in the Vedic literature and a worshiped vedic sage and earliest Saint. The mystical liveliness of the union territory of Puducherry obtained an imminent revival from neglect in the 20th century with the formation of Sri Aurobindo Ashram.

The history of union territory of Puducherry has been full of twists and turns as the region was under assorted supremacies from time to time. Puducherry came through hundreds of years under the Pallavas, Cholas, Pandyas, and Muslim rulers, Sultans, Portuguese, British, French and Dutch. When the British used up the whole of India, the French colonized the whole of Puducherry.

The French people reigned for almost 200 long years and before leaving the region to where it actually belongs. Nevertheless, Puducherry is always regarded as the 'French Window of India' as rightly said by the Jawaharlal Nehru (1st Prime Minister of India for its culture, heritage, buildings and structures, language, arts and crafts.


Language and Literature of Puducherry

The literature of Puducherry is a substantial point of reference of the historical signification of the region. A lot of literary compositions came out of this region were actually scripted in the local language of Tamil and French. At the same time, more compositions and pieces of writings brought out in Puducherry at the start of the 20th century were in English. Therefore, it would not be fair to leave the contributions of English to the literature of the union territory of Puducherry. The arrival of Sri Aurobindo in Pondicherry ticked off the emergence of English language literary compositions in the region among diverse compositions in French, Tamil, Telugu, Malayalam and a few other regional languages of India.

The initial part of the 20th century witnessed the unusual intimacy of French and Tamil culture, which resulted in the fact that a lot of distinguished literary compositions were interpreted into Tamil language. As a matter of fact, Les Miserables, a French novel by Victor Marie Hugo, first printed in 1862, that is looked at as one of the most outstanding novels of the 19th century, became a huge hit among the readers of Puducherry. At present, the official languages of Puducherry include Tamil, French, Telugu, Malayalam and English.

Fairs and Festivals of Puducherry

The glorious past of the union territory of Puducherry and the predominant refinement of Tamil culture are observed and celebrated on various auspicious occasions in the urban centre of Puducherry. People of different religions, caste and creed come together, join hands and celebrate. 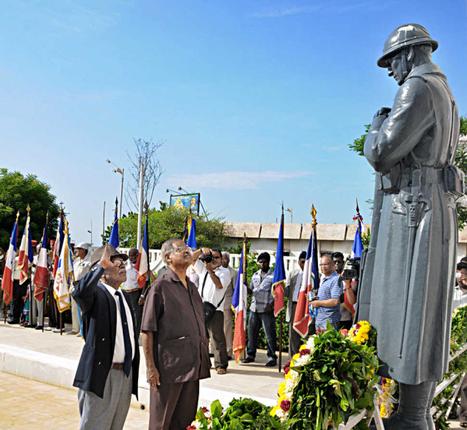 
Arts and Crafts in Puducherry

Just like the other states located in the southern part of the country, Puducherry too houses a majority of Dravidians. Furthermore, Puducherry is quite Indian in an identifiably distinctive manner contrary to its French background. The city finds its dance, music; arts and crafts are nothing but an extension of the rich culture of South India. In fact, the dolls made in Puducherry, fondly called as Puducherry Bommai in the local language of Tamil is world famous.