A bewitching beach town located on India's east coast, Puducherry, popularly called as Pondicherry/Pondy cherishes its brand (forever) as a singular destination with an exclusive French connection. As a matter of fact, the French connection is the principal reasons behind hordes of foreign nationals visiting India make a stopover at Puducherry without fail. Not just the foreigners, the French quarter in India continue to receive a large number of local and national visitors, irrespective of times of year. For people living close to the Union Territory, especially the people from Chennai, Puducherry is regarded as an ideal address for a short trip or for a fun-filled weekend getaway. 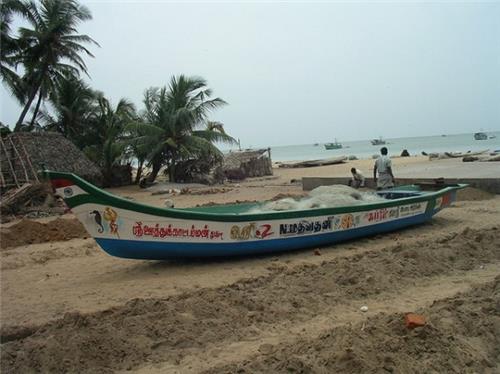 The name Puducherry reminds of beaches, French Quarter (White Town or Ville Blanche), Auroville, Sri Aurobindo Ashram, Sri Manakula Vinayagar Temple, Monuments and a few other (long-familiar) names to many. But the territory has got much more which are (unfortunately) overlooked by the visitors. Preserved just behind the waterfront of the seaside town of Pondy is a grid of cobblestoned boulevards, edifices painted in warm yellow color and a unique aura of French glory gone past, called as the French Quarter. La Maison Rose, Madame Shante's, Cafe de Flore and many other commercial sign boards with French names are quite typical across the French Quarter in Puducherry. 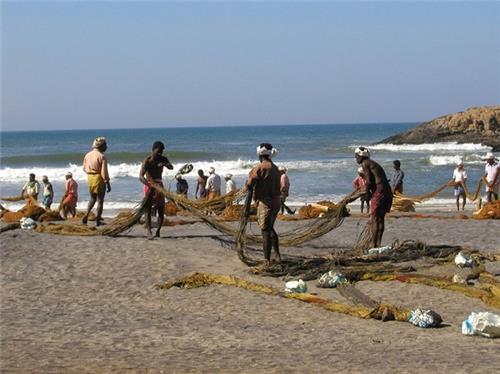 Over the drain, comes the Tamil Quarter (Ville Noire or Black Town), which evolved in its own fashion with a distinguished number of exquisite buildings and structures established by Tamil businessmen. The Tamil Quarter is easily recognizable by the columns of houses and the delicate detail of the engravings on the wood. Contrary to the popular belief, Puducherry is not all about the Tamil and French Quarter. There is yet another part, a really bustling part matching the peak hours scene of a typical metro city is the fishing villages of Puducherry. The region has got twenty-seven marine fishing settlements and twenty-three inland fishing hamlets / villages dotted in and around of Puducherry and over 90,000 people actively involved in fisheries. 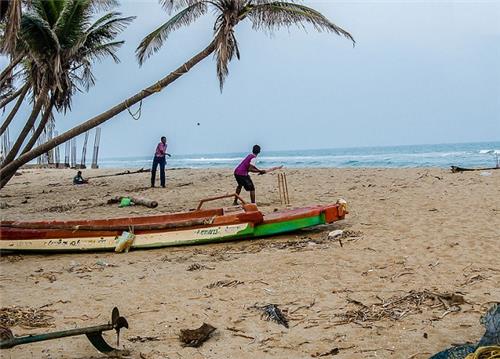 Some of the most popular fishing villages in Puducherry include Pillaichavady, Veerampattinam, Vambakeerapalayam, Kottakuppam, Kizhur, Embalam, Periyakalapet, Nallavadu, Veerampattinam, Koonichampet, Poonmangkuppam, Thirukanchipet, Kalitheerthalkuppam, Kuruchikuppam and so on. Across the coastal villages of Puducherry, the day of a fisherman starts as early as 4.00 am. The fishing community of Puducherry speaks only Tamil and if you want to explore these parts, you better know how to have a meaningful conversation with them in the local language or be ready for a non verbal communication! 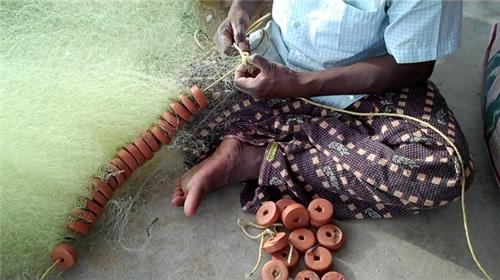 By around 9.00 am, things calm down substantially. Recollect that it's already been five hours since the community begin their morning with a daily ritual, setting their boats and venture out into the sea. It is interesting to note that across the fishing villages in the region, houses are too close to each other and not to mention, the lovely people here believe in friendship and teamwork, especially when they are out in the open waters. They go to work as a team and they come back as a team. A few yards away (nearer to the canal) are the women dealing with the fresh catches of the day. In a buyer’s viewpoint, it is not so hard to miss out the signs of finding the fresh catches as the solid crimson gills and sand grains on the fish is an easy pick! 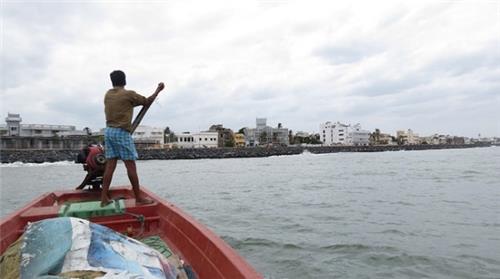 Without even acknowledging the risk involved in their profession and being a crucial subscriber to the economic system of the Union Territory, fisherman and fishing villages in the region, let go of the painful memories of the 2004 Indian Ocean earthquake and tsunami and continue their profession. It is so good to see that rather than resting, fishermen after coming from the sea, get busy doing chores like drying and mending the fishing nets and other work related stuffs. Fishermen, like all of us, treasure the time they spend with their friends and families. A lot of fishermen families in Puducherry also have additional forms of earnings like raising livestock. 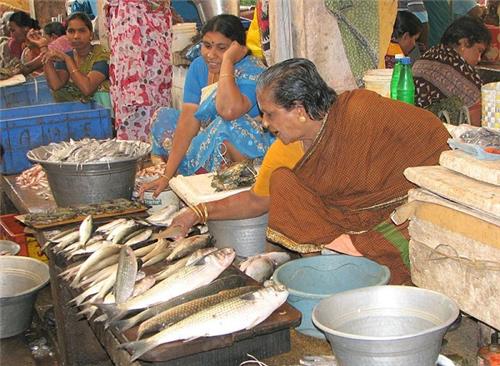 Tout ensemble, visiting and spending some quality time across the fishing villages of Puducherry and understanding the life of the wonderful people over there is definitely worth the time. It is obvious that in no time, you will start giving the due respect to the fishing community; after all, they deserve it!