Owing to the rich historical past, Puducherry is a land of monuments that every nook and corner of this urban centre are endowed with remains of the French, British, Dutch and Muslim rulers who dominated the region for many years. The monuments of Puducherry attract thousands of visitors from all over the world throughout the year that it literally unfolds the history of the region. Let's find out some of the most popular monuments of Puducherry along with much other useful information. 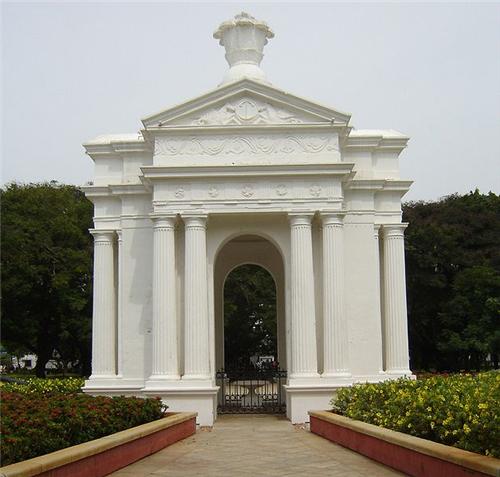 The Park Monument is located inside the famous Bharathi Park in Puducherry.

Park Monument is widely called as Aayi Mandapam in the local language of Tamil is a bright with a steady but subdued shining white memorial constructed during the time period of Charles Louis Napoleon Bonaparte, the maiden President of the France and, as Emperor Napoleon III, the Emperor of the Second French conglomerate.

The Aayi Mandapam memorializes two major events, that is to say, the water supply to the French city during his rule and the honorable effort of a gentlewoman prior to three hundred years. 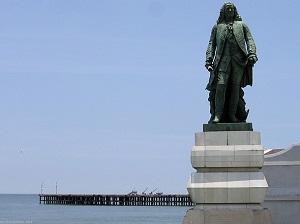 The Puducherry Children’s Park is basically a Seaboard park that is gifted with a sculpture representing Marquis Joseph Francois Dupleix (colonial administrator and governor-general of the French territories in India).

The 9.44 ft tall statue of Marquis Joseph Francois Dupleix remains firm at the southerly stop of the Puducherry Children’s Park. Although, the governor-general went out of the territory during the year 1754, French acknowledgement of his noble contribution followed only in 1870, with the French two memorial statues one at the union territory of Puducherry and another at France. 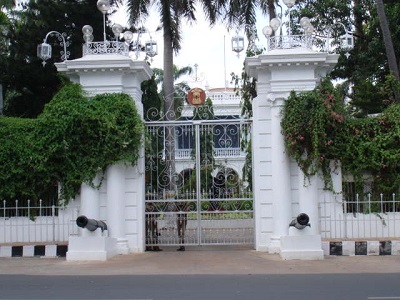 The Raj Nivas in Puducherry reflects the grandeur of amalgamation of French and Indian architectural patterns. The abode was once used to host Dupleix is now the official mansion house of the Lieutenant Governor of Puducherry.

The Raj Nivas is not open to the public except on some of the national holidays, which include Indian Republic Day, where the building complex is beautified with serial lights. Visitors can get a glance of the magnificence inside, through the grandiloquent entrance gates. 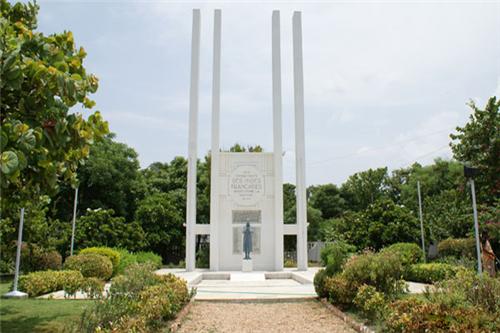 The elegant and magnificent French War Memorial is an ideal instance of the architectural grandeur of Puducherry.

The grandness of the Bastille Day celebrations is tinged with nostalgia that evokes the patriotic excitation in visitors. On the whole, the French War Memorial in the union territory is a suiting testimonial to the valorous soldiers who took part in the First World War. 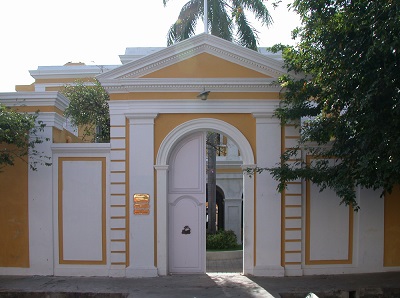 The French Institute of Pondicherry located at Saint-Louis Street is a financially independent establishment that functions under the superintendence of the French National Centre for Scientific Research and French Ministry of Foreign and European Affairs.

The awe-inspiring colonial edifice is actually a research institute that deals with research, expertise and training missions in South and South-East Asia in three major fields which include Environment and Sustainable Development (Ecology), Contemporary Social Dynamics (Social Sciences) and Indian Society, History and Culture: Sources and Resources (Indology). The edifice of French Institute of Puducherry is renowned for its entranceway, curved stairways, colonnades and windowpanes. 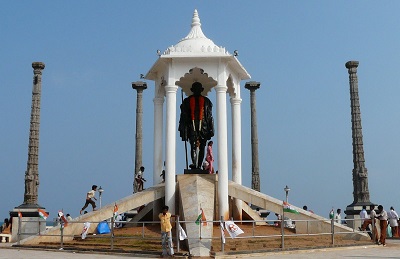 Gandhi Statue is an iconic landmark of the union territory of Puducherry.

As a matter of fact, the name Puducherry reminds the Gandhi statue in the minds of Tamil people living across the globe. An ideal highlight f Puducherry, Gandhi statue is a 13 ft tall majestic statue of Mohandas Karamchand Gandhi (the father of our nation) is environed by eight glorious granite mainstays, which were purportedly brought in from Gingee (Senji), a fortress located just 70 km away from the city centre of Puducherry.


Some of the other important monuments of Puducherry include