The union territory of Puducherry houses a lot of celebrated temples that are an integral part of Puducherry's wide range of tourism options. Even though the long lists of temples in Puducherry are not long-familiar like the ones located in the nearby state of Tamil Nadu, the temples of this union territory are yet singular and charming in their own way! The urban centre is the home of more than 50 temples that attract visitors from all over the world throughout the year. Let's find out some of the far-famed temples in Puducherry along with other useful information. 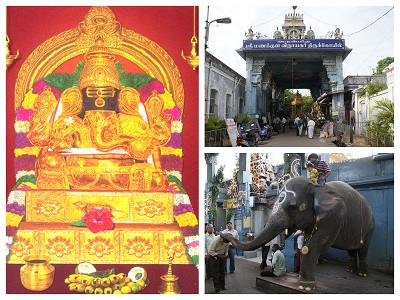 The temple got its name from an interesting fact that there was a pond close to this temple, which was filled with sand due to its proximity to the Bay of Bengal and hence Manakulam (Manal-Sand + Kulam-Pond). The temple is located in a prime point of the urban centre as significant localities like Manakula Vinayagar Koil Street, Law-de-Louristhon Street and Jawaharlal Nehru street can be reached in a matter of minutes. The main deity of this renowned temple is Sri Manakula Vinayagar (Lord Ganesha) and also houses other deities, which include Sri Balasubramaniar and Sri Bala Vinayagar. 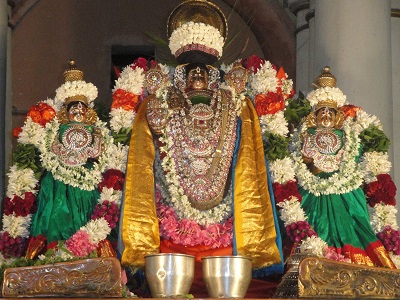 The temple is also famous for its Dravidian architectural patterns, brilliantly colorized front gopuram and sculptured towers. The main deity of Sri Varadaraja Perumal kovil is Sri Varadarajar and urchava murthy is referred as devadhirajan. The temple also houses a thayar sannidhi where the amman is called as Perundevi thayar. 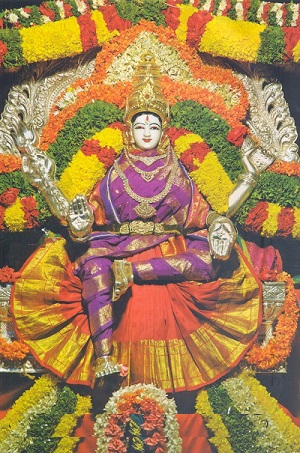 The temple features curved walls, massive towers, colorized glass windowpanes which are nothing short of architectural excellence that reflects a delicate touch of French architecture. Nonetheless, the interior overhead upper surface held by the monumental granite columns, and the sanctum sanctorum showcases the intricate traditional Tamil architectural patterns. The Kanniga Parameswari temple is probably the only Hindu temple in the country that showcases French architecture, and the religious site is an ideal destination for photo buffs!

Sri Gokilambal Thirukameshwara temple, located at Villianur is just few kilometers away from the city centre of Pondicherry. The temple is dedicated to Lord Shiva, in the form of Thirukameshwara (siva lingam) and the name of the goddess of this temple is Gokilambal. One of the oldest temples in the region, this temple features a few shrines that goes back to 12th-century Chola Dynasty (one of the longest reigning sequences of powerful leaders in the history of south India). 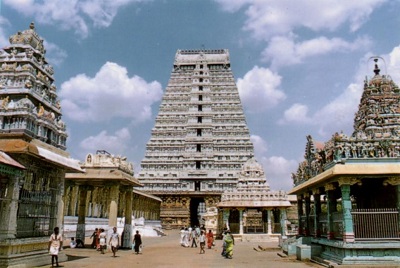 The temple holds a delicate touch of French attribute in a few of its customs. Furthermore, the temple is very famous for its annual temple car festival (Ther thiruvizha) that happens during the months of May and June. This festival is all about devotees pulling a 50 ft tall and grandiloquent chariot through the appropriated veedhis. The annual car festival attracts thousands of devotees from all parts of Puducherry and Tamil Nadu.