The union territory of Puducherry popularly called and Pondicherry and fondly called as Pondy is a typical urban centre that features excellent road, rail and air connectivity to other parts of the state, country and to global locations too. Being a location that is visited by thousands of local, national and global tourists irrespective of seasons, The Government of Puducherry has provided tremendous transportation facilities to serve the needs of the visitors and local population.

Also, Puducherry houses a primary bus station namely Puducherry Main Bus Stand and a railway station with three extensive platforms at Subbiah Salai to serve the city. It is important to note that Puducherry also houses an airport, Puducherry Airport (IATA: PNY, ICAO: VOPC). As of now, only charter flights are operated from the Puducherry Airport.

Some of the common road transport options in Puducherry include
The most preferred road transportation in Puducherry is bus services that majority of the local population, especially the office goers use bus services. The union territory houses a primary bus terminus namely Puducherry Main Bus Stand where buses connecting all the important points of the territory and cities located in the nearby states of Tamil Nadu, and Karnataka can easily be availed.  The Puducherry Road Transport Corporation shortly called as PRTC is the official transport corporation serving to the population of the union territory. The Puducherry Road Transport Corporation is a Government of Puducherry undertaking, operating buses in several Inter-state and Intra-City routes. 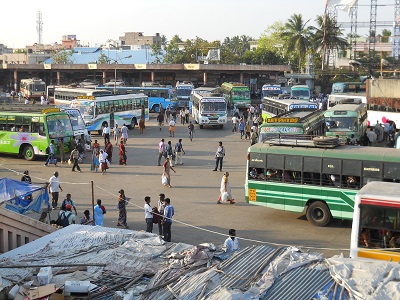 Auto Rickshaws in Puducherry are considered as the second most affordable means of transportation next only to PRTC bus services. With extended auto stands at all the prime points of the city, hiring an auto rickshaw is no big deal. 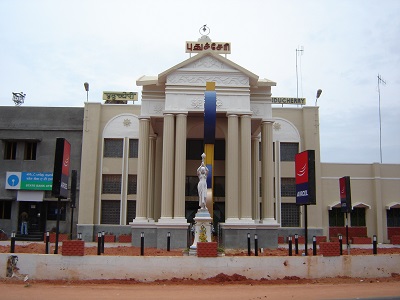 The Puducherry Railway Station is situated in a prime locality; that is, Subbiah Salai, which is very close to a lot of tourist attractions and other important points of the union territory.
The Puducherry Railway Station is controlled by the Southern Railway zone of the Indian Railways and falls under the Tiruchirappalli railway division. The union territory features excellent train connectivity features having trains operated on daily and non daily schedule to New Delhi, Kolkata, Mumbai, Bangalore, Mangalore and Chennai. 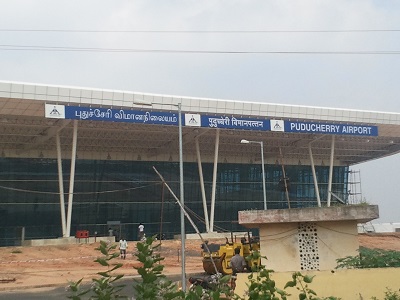 Facilities Available at the Puducherry Airport

Distance: 7 km from the city centre